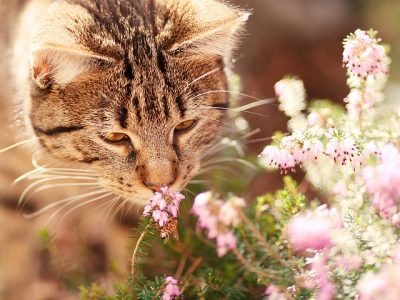 One of the first essential oil blends I created was a companion for a meditation CD. This was for a corporation based in New York City, and most of our contact was by phone or email. One day I received a call asking if I was available to speak with a customer regarding this particular blend. Always curious about how the blends were impacting others, I was happy to make the phone call.

Upon talking with “Deborah” I discovered that initially she loved the blend, but after several days of using it in meditation with the CD, she found it annoying. I asked if she could describe what sense was associated with the annoyance. After a moment she stated “well, now it reminds me of turpentine”.  For me this was a huge clue. I explained the fact that scent was a powerful way to bring long-buried memories or emotions to the surface for releasing. This is because the sense of smell is the only one of the five senses linked directly to the limbic area of the brain where all our memories are stored. I asked if she was willing to work through a brief process to see what, if anything, could be changed assuring her that, regardless of the results, we would fully refund her money.

I quickly reviewed the individual essential oils in this blend and discovered that two of them had limonene as one of their chemical components. Limonene is also a chemical component in turpentine. In asking her what the aroma of turpentine reminded her of, she quickly said, “the back porch in my grandparents’ home. My grandfather was a house painter, and this is where he cleaned his brushes with turpentine.” When asked what was special in her memory about her grandparents’ home, she paused for quite a while and then revealed with much sadness in her voice that when she was about 3 years old, her mother, who was addicted to drugs, dropped her off at her grandparents’ house and never came back! There was the major memory resurfacing as a result of the blend. We talked at length, and she was able to express how much she loved her grandparents. They raised her with a great deal of love and support. In searching further, she also recognized that she never dealt in depth with the feelings of “not good enough, unloved, abandoned by her mother” and they had remained deeply buried in her memory over the years.

I talked her through a releasing meditation to do with the blend for the next few days. This involves performing a ritual by placing a few drops in the palm of one hand and rubbing both hands together giving the molecules of the oils the opportunity to expand. Then placing her hands in an open prayer position, covering her nose and inhaling deeply. Next, she would open her hands and blow forcefully with her mouth open and across her open palms while thanking and releasing the memory. I suggested that once completing this process, she sit quietly and contemplate the memories of her mom and her grandparents that would come forward.

I was very pleased to talk with her after a few days. Her demeanor was very different, and she was happy to report that she felt the love and support of her grandparents through those years and held to the best memories of her mother. She was able to admit that the action taken was not because she wasn’t good enough for her mother to love and care for, but that her mother had problems that were never dealt with adequately. Not only this, but the blend was again pleasing for her, and she was using it regularly.