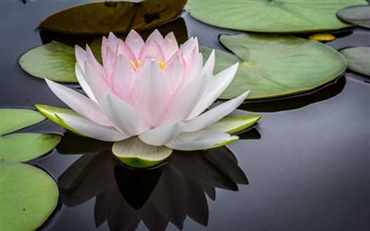 At the Iaso Wellness Center we use Energy Modalities in order to heal the past so that the body can heal itself in the present day. We talk a lot about Chakras and Meridians and raising your energetic vibrations.

These are all bound up in the aura surrounding our bodies. Some talk about the aura as being a New Age concept; but it is clear that our bodies generate electromagnetic fields and that these can be demonstrated to exist not just by scientific experiments but with the use of a simple children’s toy and dowsing rods. To look at the way in which the body produces an electric current or an electromagnetic field we need to look at quantum physics, but more of this another time.

If we accept that our bodies can generate these fields the question is not one of do they exist but how some people can see them and also detect or even determine the state of someone’s health but observing the aura. We can also show with the use of dowsing rods the effects of thinking negative thoughts as opposed to positive thoughts and holding positive emotions. It can be demonstrated that when someone thinks negative thoughts the field around that person shrinks, becomes smaller and closer to the body. Conversely, positive thoughts are shown to increase the size of the aura.

This brings us back to the Chakras and Meridian systems. It is generally accepted that the word chakra is derived from a Sanskrit root and translates as wheel, a circle or cycle. One of the Veda, Hindu scriptures, Rigveda mentions Chakra with the meaning of “wheel”, with ara (spokes). In Sanskrit texts the word is also used to describe the “wheel of time” or “wheel of dharma”. The term Chakra is also reported from Buddhist and other religious texts.

Chakra is a part of the esoteric medieval era theories about physiology and psychic centers that emerged across Indian traditions between 1500 and 1000 BC. The theory stated that human life simultaneously exists in two parallel dimensions, one the “physical body” and the other the “psychological, emotional, mind, non-physical” which is called the “subtle body”.

There are also three spiritual plane bodies, the causal body or free will body; the celestial body or body of love and the Ketheric template or Spiritual Body. These two sets are connected by the Astral Body that forms a bridge between the two. sets. It is considered that the physical plane bodies closest to the body process the energies dealing with the physical planes whereas the outer three process the energies from the spiritual planes. It is said that the energies from the outer planes must pass through the “fire of the heart” or the Heart Chakra in order to access the planes closest to the body.

It is also considered that each body or layer has its own seven Chakras which are nested within the other auric and etheric body chakras. As each layer or body extends outwards the Chakras vibrate at higher rates. The chakras in the etheric body vibrate at a lower rate than those in the causal body. This allows energy to be transmuted between all bodies to all chakras.